Did you know that Seattle has no less than than 20 sister cities around the world?

These include Bergen, Norway; Cebu, Philippines; Christchurch, New Zealand; Galway, Ireland; Kobe, Japan; Mombasa, Kenya; Perugia, Italy; Reykjavik, Iceland; and many others. In France, the sister city of Seattle is Nantes, located about 230 miles southwest of Paris! For over 40 years, the Seattle-Nantes Sister City Association, known as SNSCA, has been promoting educational and cultural relations between Seattle and Nantes.

This year, in collaboration with the Seattle Sister Cities Association, SNSCA published an incredible cookbook showcasing the cuisines and flavors of all twenty Seattle sister cities

It took a year for “The International Table: Recipes from the Seattle Sister Cities” to come to fruition with over 100 recipes on 254 pages. A great example of international collaboration that includes some French selections from apéritifs like Kir Breton to special-occasion desserts such as Gâteau Nantais.

Chef Kristi Brown, owner and executive chef of Seattle’s Communion Restaurant & Bar, introduces the book saying “In my opinion, Sister Cities are most important for one sole reason: to help us know that we are connected in very real ways. Traveling does that, but food…does it better…Over a life-giving soup, that smile of agreement is all we need to feel connected to one another”.

If you don’t feel like a Chef, this book can be a great original gift holiday! 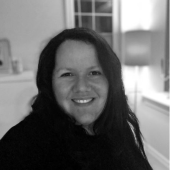 Discover Provence in the Pacific Northwest